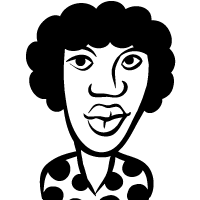 When a person drives past your business, do they know that the business is there? If not, it is time for you to look into getting a new sign designed for the outside of your business. It should never be difficult for people that are passing your business to see your business and know the type of service that you offer. If you are interested in designing a sign for your business that really stands out, visit my website. There, you will find a long list of tips that can help you with the design and positioning of your sign.

If you're running in an upcoming election, producing signs that your supporters can install in their lawns can be an effective way to raise your profile in the community. It's important to give some careful thought to the design of the sign so that it has an immediate impact on those who see it, but you'll also need to be careful to avoid breaking certain rules that could lead to various degrees of inconvenience. As you work with a custom political campaign sign company on your election sign, make sure that you follow these rules.

Different jurisdictions have different rules regarding the allowable size of election sign, especially in residential areas. Large signs may be appealing because you can get more information on them, but they can also be a safety hazard in neighborhoods. For example, children who are playing behind a large sign could quickly dart out from behind it and run onto the road in front of a passing vehicle. Inquire about any sign size requirements that are applicable in your area. The last thing that you want is to produce a large amount of signs, only to learn that they're too big.

In politics, it's often a good thing to focus on talking up you and your platform, rather than talking down your competitors. Unfortunately, a lot of political candidates don't follow this advice, which can cause them to frequently speak disparagingly about their political foes. It's a mistake to take this approach to designing your election sign. Even if you want to use this opportunity to state something unflattering about your opponent, you're at risk of defaming him or her. This could result in some unwanted and costly legal action against you.

It may be necessary to get your political party's approval before you have your election sign produced. This is something to check on early on, and you'll also want to be mindful of getting your sign designed in a timely manner so that you can forward it to the right authorities within your party. It may take a bit of time for someone to sign off on your sign, so being done with the design as quickly as possible can ensure that you aren't behind the game when it comes to distributing signs in the community. By keeping these rules in mind, you'll be able to produce a top-quality political sign that doesn't lead to any problems.